A downloadable asset pack for Windows

This is a royalty-free resource pack made in a nostalgic Gameboy style! It is available in green, gray, and colored versions!

Can be used with any program/engine you choose, but is already formatted to work with RPG Maker 2003, VX Ace or MV!

In order to download this asset pack you must purchase it at or above the minimum price of $19.99 USD. You will get access to the following files:

Hello, i bought this pack from steam (Because i had money there) and so i noticed that there are some things that i cant find, could you maybe update the steam base pack?

Are there matching sprite sheets for Used for sideview battle screen?

For the most part, I love this pack.  However I have a real problem with one of the character spritesheets that is causing me a headache.  In Evil01.png, the second last sprite set, the robot is extremely short walking side to side and then becomes extremely tall walking up or down.  It doesn't look like much on the sheet, but if you try to walk around as the robot, it's very glaring and grating.  I'd even call it unusable.

*Edit* I just noticed you allow us to edit your works.  A simple photoshop stretch did the trick.  Happy to know my robot class idea can be salvaged!

Thanks for a beautiful pack!

Amazing Pack! Thanks for all of the hard work <3

Hi, Is this pack the same as the one available on Steam? Are there any differences?

What are the sizes of the tiles and the sprites?  do you think it would work in GBStudio?

They are 16x16 default size! I haven't tried them in GBStudio honestly but not a problem using them in there if it works

thanks mate. I'll probably give it a go then, as there aren't any Great Farm tiles out there, and my art skills are sorely lacking

Hello, I just recently bought this pack and it is very nice and good quality! I wanted to ask though if you have a terms of use for these? I didn't find any in the zip files. Thanks.

I've bought this some time ago, and have finally gotten around to start creating games with it. It's a cool pack, and I'm happy that someone is creating resources for RM2k3. I like how extensive and beautiful it is.

— the sakura and mountain autotiles have incorrect format in the following files (try making a L-shaped corner out of them and you'll see that the corner tile is wrong and has parts of non-existent mountain/sakura):

—— 2k3/Tilesets/RM2k3Overworld.png (this one has mountain fixed, but the sakura is still incorrect)

I hope this could be fixed. I mean, I can probably edit it myself for my game, but I think it would be nicer if this could be edited in the whole set for other people to have the fixes, too.

In general, it's a very nice pack, thanks!

Thank you, I'll check them out! I probably was thinking about VX / MV and forgot how RM2k3 does things so I'll go back and fix those up!

OK, the file should be updated, hopefully this is all fixed!

Thanks! It's perfect now, thank you for all your work!

Saw this used on RMN, a wonderful pack! :)

Thank you so much for the amazing pack! I ended up using some of the music in my game here: https://sympathycrime.itch.io/rainbow-dawn thanks again for the amazing work you did in this pack :D

Hey, made everyone an npc character template. Each Tile size is 48w x 72h. 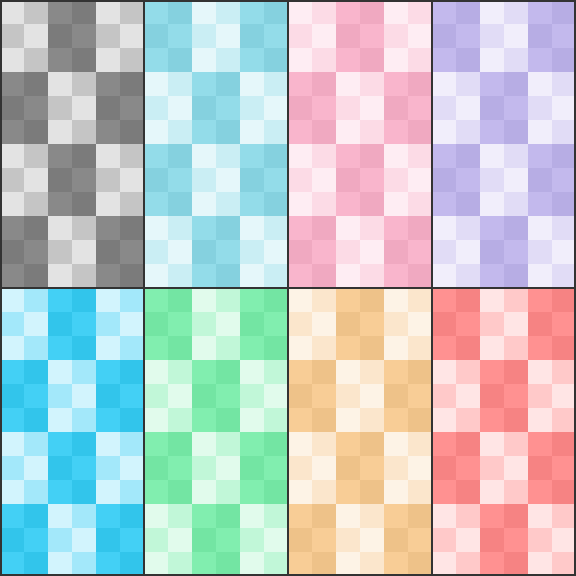 This one is the wider space, the one you used for the vx freebies. This allows you to have more space in width if you wanted to add movements or rotate the character to look dead. 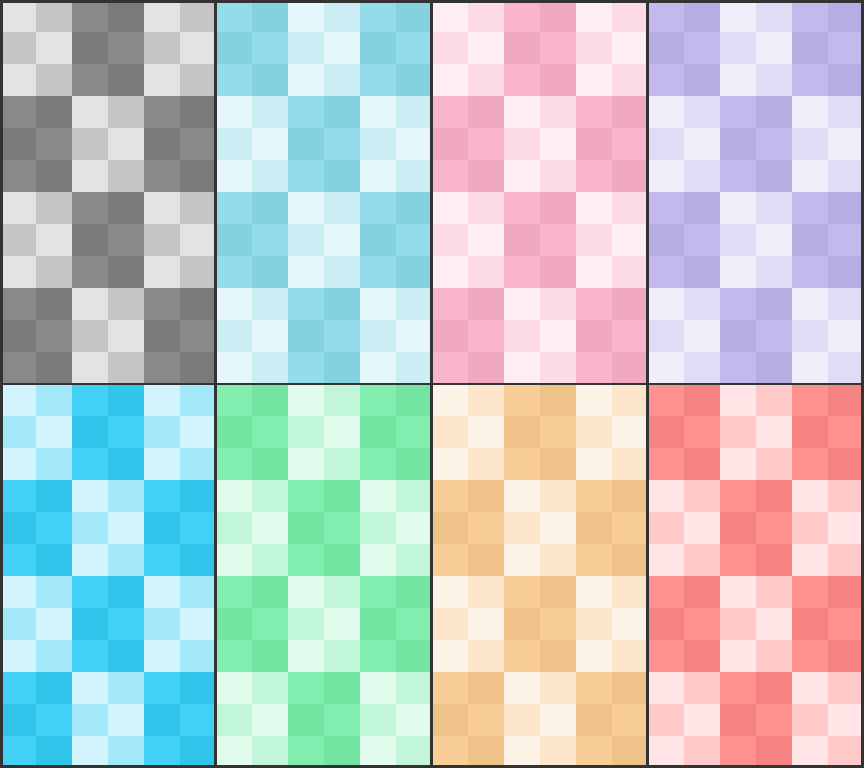 Hey Ocean! I remember grabbing these on Sellfy, but I'm going to pick them up here when I can. I'm grateful you included the palettes used in the base pack, as I'd wanted to do some edits. Marvelous work, and I'm happy to see you've created more packs to go with the originals. <3

This is absolutely brilliant. One of the best asset packs out there, and extremely versatile.

The characters have so much personality, and so do all the monsters. Honestly, this'll fit right in to my next project!

Money well spent, I think. Thanks for all your hard work.

Thanks for including the palettes with the download! It really helps when trying to make matching content.

I just bought this pack and I'm really excited to use it in general, however, I have a specific game in mind that I want to use this style for but I just know that it would be even better in a dark blue/purple scheme. so I guess I have two questions (and please don't think me rude for asking cuz if the answer is no I respect that and I'll still gets some really great use out of this tileset anyway).  1) Are you planning on putting this tile set in any other colors like i mentioned above?

2) What are the terms of use when we buy this? I know on the RPG maker forum some people are ok with people editing their tilesets to fit the mood of the game and I just wanna know what your rules are before trying to do anything.

Again any answer is ok, I'm just grateful that you made such a delightful pack of assets.

Never mind! I just saw the terms of use in the download file! Thanks anyway and sorry for the stupid question!

No worries! Yeah if you would like to recolor it for your projects use, I'm cool with that! Go go go, would like to see how that turns out!

Hey, I was wondering, is there anyway to preview all of the sprites before buying? Like, all of them. No offense, but I want to be super confident in my purchase, not saying you aren't talented.

Hi there! Is there any particular resource you'd especially like to see that I can arrange samples of?

The Base Pack contains over 1000 files so I hope it's understandable that it'd be a little difficult to make samples of all of them, haha..

I'm happy to make samples of a small batch of specific things though. :)

I'm not really looking for samples to use, I just want to view them. Unless that's what you mean by samples. The main thing I'd be buying the pack for are the tilesets, enemy sprites, and icons. The rest are just really, really cool extras. Thanks for replying btw :)

Oops, so  sorry I didn't get a notification for your message!  This is the kind of thing I meant by samples, just so you can kinda see what's included: 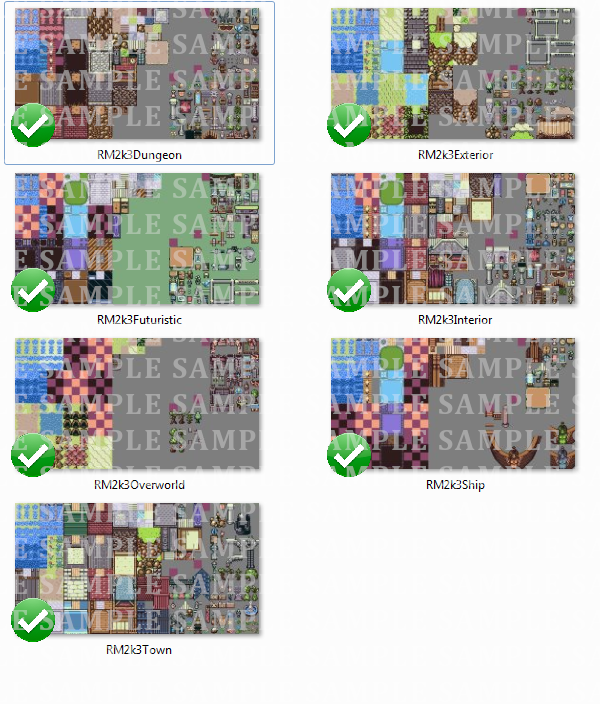 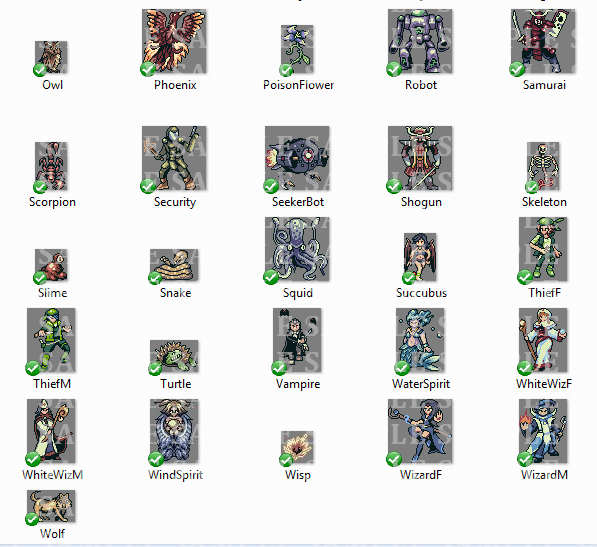 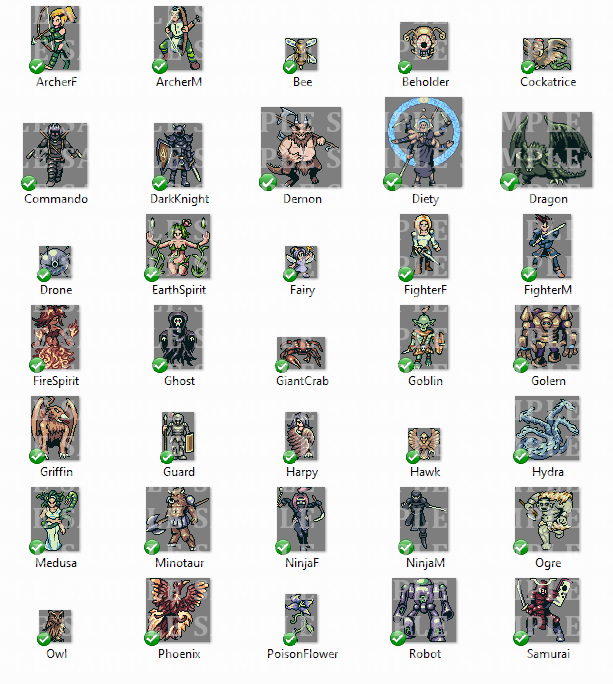 Lemme know if these are okay for you, or if you wanna see something in more detail and I'll see what I can do! :D

Thank you so much! You're the best!

Heheh, any time! Just let me know if you wanna see anything else! :>

I'm seeing a solid grey background on the B tilesheet - any idea what's causing it and any way to fix it?

Oh I might not have set the transparency correctly, give me a bit and I'll get on that!

Hi, no worries, I fixed it in Photoshop. Thanks though :)

HEY YOU go buy Ocean's pack!! There's some real great stuff in here, lots of variety and more than enough to build a whole game! 10/10, you won't be disappointed! <3

Reminds me of Makai Toshi on the wonderswan. Very cool.

I've not played it but it does look pretty neat!

In your color RPG Maker MV animals, you have the left and right backwards -- makes the animals look like they are moonwalking.

Thank you so much Ocean's Dream for this fantastic set! You can clearly see how much effort you put into it and for the given price it's loaded of stuff. Looking forward to get to use the pack soon!

Sorry I'm late to the party but it looks amazing, I remember seeing bits and pieces before when you were working on it but seeing it all come together, great job Ocean!

I'm not sure why, but when I try to use the green MV assets for tileset B/C/D, they have a solid grey background that shows up both in the program and in game. Am I doing something wrong?

Absolutely love them. The bonus icons are gorgeous as well.

I found this page while I was looking on Yanfly's website. I really love what I'm seeing! Reminds me of my first rpg: The Final Fantasy Legend. Unfortunately, I'm not using these kind of graphics in my game but I'll still buy it to support you. Please keep up the good work! :)

Thank you for the support! Sure, everyone has different styles that they want to use for their projects!

You're welcome! :) Did you make other asset packs? I can only find this one. :(

No not yet, it's something I hope I can do in the future! I've been busy with game projects at the moment so when that's done I'll post that here! :D

Any way you could include an image in each color set that has a palette grid for easier color selection? Pretty please? I love your pack so much.

That sounds like a good idea! I'll work on it and let you know when I have that done. Thank you!

No, thank you for all your hard work here!

OK, hopefully it should have uploaded! Sorry for the delay, I wanted to get the colors from each file type so you have the individual monster colors and so on. I hope this helps!

Awesome. I can't wait to dig in!

Huh? Sprites can be any size and the default is 48x48. I'm not sure where you got the number 56 from.

Titanic brainfart on my part - sorry. 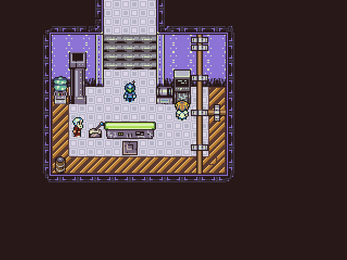 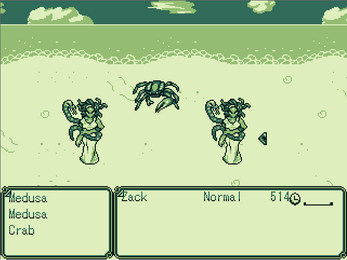 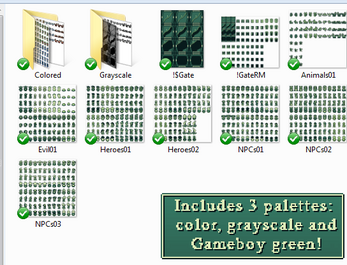 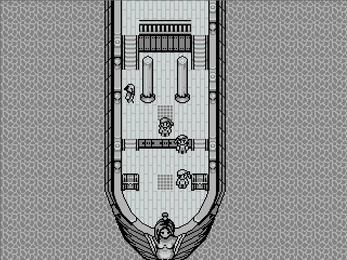 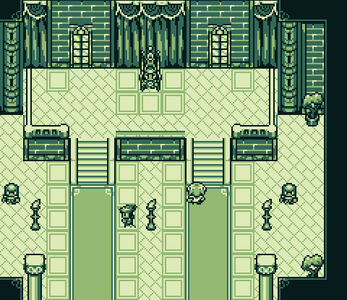